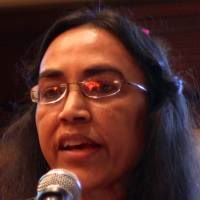 She studied architecture at the Department of Architecture and Planning at the Dawood College of Engineering and Technology (DCET).  In the five year course, she acquired the first position and gold medals in four.

She qualified in 1982 and began working as an intern with the Orangi Pilot Project (OPP) which the renowned South Asian Social Scientist Dr. Akhtar Hameed Khan had initiated in 1980 in Orangi Township. Here she worked at the OPP’s mission of upgrading informal settlements by supporting their communities in building sanitation and water supply infrastructure, schools, and improving housing.

Within one year, in 1983, she became the Joint Director (Technical) of the project.

In 1985 Perween Rahman was awarded a prestigious Scholarship on the basis of her work to study at the Institute of Housing Studies at Rotterdam, Holland.

In 1988 she was appointed the Director of OPP-Research and Training Institute (OPP-RTI) and Secretary of the Board.

In 1989 she became the founding member of the Urban Resource Center (URC), Karachi, later replicated in numerous Asian cities.

In 1999 with Akhtar Hameed Khan’s passing away she took complete control of the direction of the institute and ably led it to the fame and prestige that it has today.   Thus while Perween Rahman played a key role in the evolution of the project in its early years, after 1999 she became its main visionary.

Over the years the project achieved international recognition from organizations like the World Bank, Asian Development Bank, Bilateral Development Agencies, and international NGOs began to replicate and adapt the OPP-RTI model of development in their projects in South Asia, Southeast Asia and Central Asia.

In Pakistan the project expanded out of Orangi to 562 locations in both urban and rural areas of Punjab, Sindh, Khyber Pakhtukhwa and Balochistan. To date it has benefitted more than 3 million persons in Pakistan and continues to expand through a process of training, research and extension.

Perween Rahman was responsible for the creation of an institutional arrangement for the continued documentation of informal settlements both urban and rural throughout Pakistan. This documentation, the only one of its kind has led to major changes in the manner in which development related to water supply, sanitation and housing is perceived and carried out by the relevant government agencies.

It also led to the formulation of policies related to Katchi Abadis, land regularization and the development of the National Sanitation Policy of the Federal Government.

For the implementation of these policies the OPP-RTI held a series of orientation and training programs. As a result a very close working relationship has emerged between the

In addition she spearheaded the OPP-RTI’s Earthquake and Flood Relief and Rehabilitation Programs which have received international recognition because of their practicality, simplicity and remarkably low overheads.

Her academic and community involvement has produced a large number of planning professionals, NGO leaders and community activists who have been at the forefront for a pro-poor policy change nationally and internationally.

Students and teachers visit the OPP- RTI’s regularly to train themselves with the project’s methodology and philosophy.

After 1999 her relationship with various international organizations consolidated and they increasingly depended on Perween Rahman’s research work for their projects and teaching. These organizations include,

The work of these organizations is important in formulating housing and urban planning related development and methodologies for multilateral and bilateral agencies.

A special relationship was established between Perween Rahman and the United Nation’s Agencies such as,

These United Nations agencies ran a number of programs with the OPP-RTI which were cited as examples of Best Practices.

She was a guest speaker and resource person for the various events that all the above organizations hosted internationally.

Perween Rahman’s most important role, however, has been of sharing her knowledge and that of her organization with academia and NGOs, communities and government institutions like

For her work and academic achievement, Perween Rahman was awarded, 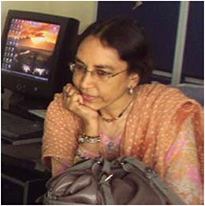 Perween Rahman was a member of the Board of Directors of

OPP-RTI’s organizational culture is austere, compatible with the culture of the poor communities it serves. The pay scale of the staff and management also reflect the reality of Pakistan. As Director of the OPP-RTI, Perween Rahman, at the time of her murder, received Rs 32,000, as salary.

The Government of Pakistan posthumously conferred on her the Sitara-e-Shujaat.

The Asian Coalition for Housing Rights has decided to hold an annual Perween Rahman Forum on Community Architecture.

Several International organizations have expressed their desire to preserve the memory and legacy of Perween Rahman’s work.

The Sindh Madrasatul Islam has announced it will award Perween Rahman a Phd.

Perween Rahman leaves behind a nationally and internationally best known Pakistani Community Development NGO, and one that has been cited as the most successful Poverty Alleviation Program in the world. 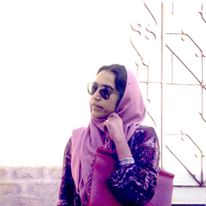 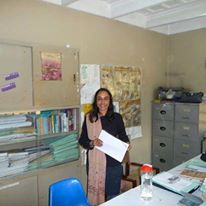 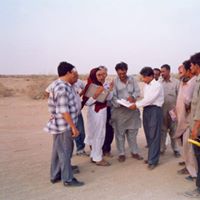 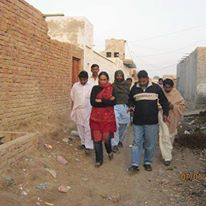 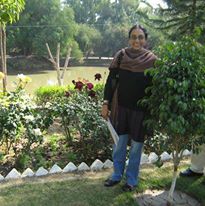 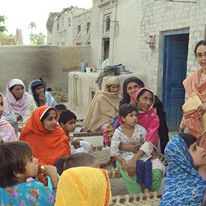 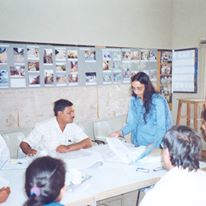 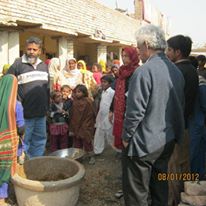 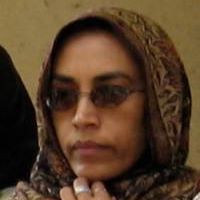 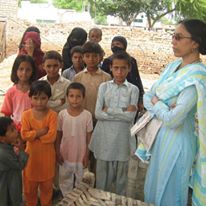 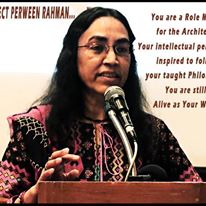 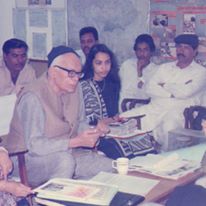 REPLICATION OF THE LOW COST SANITATION PROGRAM OUTSIDE KARACHI

EXPERIMENTS AT THE OPP-RTI NURSERY

FLOODS-RELIEF AND REHABILITATION AND THE EVOLVING VILLAGE DEVELOPMENT PROGRAM