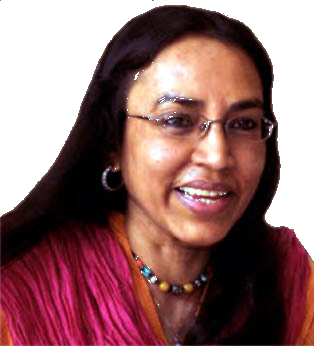 Perween Rahman was born in Dhaka in 1957. She did part of her schooling in the former East Pakistan and migrated to Karachi after the fall of Dhaka. She received a bachelor’s of engineering in architecture from Karachi’s Dawood College of Engineering and Technology in 1981 and joined a private architect’s firm.

A media-shy prominent social activist and educationist, Perween Rahman had been serving in the Visual Studies department at the University of Karachi. In addition to that, she was the director of Orangi Pilot Project to bring healthy changes to the lives of impoverished residents of Orangi. She had been instrumental in devising ways to deal with sanitation problems. She headed a research centre in Orangi, a section of Karachi and also taught students of Architecture College.

Perween Rahman, who devoted her life to the development of the impoverished neighbourhoods across the country was a courageous and brave lady. She worked in an environment where most people will avoid to work. She was a great help for people and was just like an elder sister to whom people would go whenever a problem struck them.

She had been receiving threats on her life for a long time apparently from the mafia involved in grabbing precious land on the fringes of the city and every time friends and relatives advised her to take care of herself, she smiled, waved her hand and said what will they do, I have to work a lot and that too in the middle of the people.

Ms. Rahman was an ardent compiler of the record of precious lands, which were on the fringes of the city in shape of villages but were speedily vanishing into its vastness because of ever-increasing demand by thousands of families who were shifting to Karachi every year from across the country.

She said on record that around 1,500 goths (villages) had been merged into the city since 15 years. Land-grabbers subdivided them into plots and earned billions by their sale.

She documented everything about the lands that have been grabbed. Another sin of her was to help those whose lands had been grabbed. Yet, she never hesitated to go to the area where her life was constantly under threat.

Perween Rahman who was gunned down near her office on 13th March, 2013, left deeply distressed dozens of her friends and colleagues. Many people certainly have lost their elder sister. She was 56.